Make a Stand: Lesson from a Holocaust Survivor 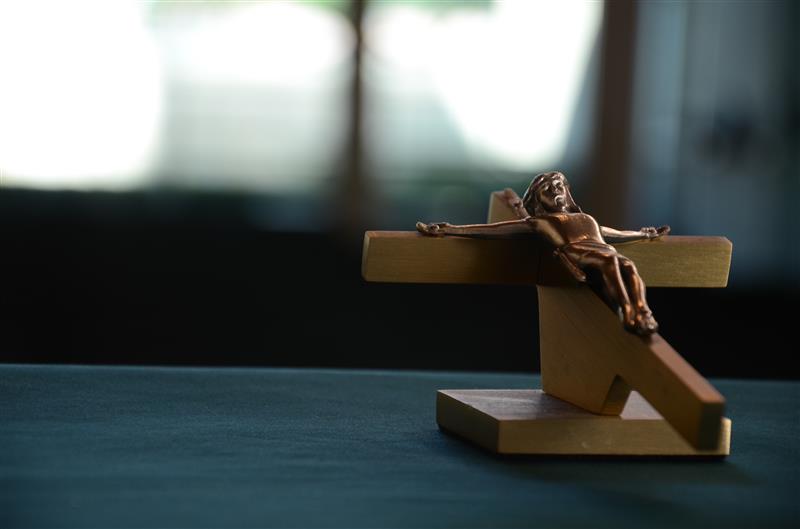 The old man stepped onto the stage. He was bespectacled and slightly stooped, but at age ninety his frame bristled with an inner energy and determination. “Good evening,” he said in his distinctive accent, “my name is Irving Roth, and in 1944 at age fifteen I was taken from my home and transported in a cattle car to the death camp at Auschwitz. My only crime—being a Jew!”
For the next hour, he described the trauma and torture that he and many members of his extended family endured during their imprisonment. He survived because he was young and was placed in work outside the camp with the horses that hauled wood. The horses were fed carrots and beets, while he subsisted on black coffee for breakfast, one cup of watery soup for lunch and dried bread at dinner, and when he dared, carrots and beets. He said, smiling, “The horses couldn’t speak and tell on me. All I wanted to do was to live!”
He continued, citing the horrors of the Holocaust, the inhuman conditions forced upon him and millions of his fellow Jews. I have read extensively about the Holocaust and toured the memorial in Israel, but I was still shocked, hearing it directly from one who endured its cruelty and malice. He emphasized that it took just seven people to form the National Socialist German Workers’ Party—the Nazi party. He talked about how every Jew in Germany and much of Europe systematically lost their businesses, were banned from schools and forbidden to learn or teach. He soberly described being rounded up and railroaded to concentration camps. Each person, he stated, thought that someone else would assume the mantle of resistance, would stand as an Intervener, and so no one did.
He paused briefly, then solemnly spoke truths that only his circumstances could teach. “There are four kinds of people in the world,” he said.  “No matter if it is simply the schoolyard bully stealing your lunch, or an Anti-Semitic group rally.  There is the Perpetrator, the Victim, the Intervener and the Bystander. Hate is climbing a new summit in this world. I recently spoke with high-school seniors in Oregon, and not one had ever heard of the Holocaust.” He continued, “By the year 2045, not so long my friends, just one hundred years after it began, there will be no one left to relate those events, no one alive to speak for the dead.”
The applause was loud but reverent, in awe of his enduring what we can only imagine, certainly due to his resolve to live and his faith in God. Irving Roth simply bowed his head, waved with an unsteady right hand and vowed to continue his quest to vanquish hate and hegemony. He estimated he had spoken to about five hundred similar audiences.
When his voice is finally silenced, who will be there to remember? Which of us will be the Intervener when we witness intolerance, racism or even the spitefulness of the schoolyard bully? Ephesians 4: 31-32 states, ‘Get rid of all bitterness, rage, anger, harsh words and slander as well as all types of evil behavior. Instead be kind to each other, tenderhearted, forgiving one another, just as God through Christ has forgiven you.’
These words are full of truth and hope, easy to say but oftentimes difficult to demonstrate. Irving Roth reminded us that simple words were the conduit that spread ideologies, transformed minds and propelled people to commit heinous crimes, even against their very neighbors. We have replaced discourse with discord, unwilling to listen or to even try to understand our differences. Colossians 4:6 says, ’Let your conversation be gracious and attractive so that you will have the right response for everyone.’ No matter the message, we lose its effectiveness when we exhibit pride and lack courtesy or respect.
1 Thessalonians 5:14 commands us, ‘Brothers and sisters, we urge you to warn those who are lazy. Encourage those who are timid. Take tender care of those who are weak. Be patient with everyone.’ I pray that we will be alert and observant, to become Interveners as each opportunity presents itself. I ask for courage to step onto the battlefield as David did against Goliath—to be an Intervener—aware but undaunted, humbled but armed, forgiving but fierce, remembering those voices that time has swallowed up.
As Irving Roth was stepping down from the podium, there was one last request from the audience. A young man of about thirty was handed a microphone and, with a slight quiver in his voice, spoke.  “Sir, on behalf of everyone here, I wish to thank you for your courage, for speaking out and keeping history alive. I do have but one simple question. May I give you a hug?” There was a fleeting pause before both men moved with purpose towards each other. They zealously embraced, holding each other for a brief time as a crescendo of applause fell over them. Irving Roth spoke of four kinds of people, but as these two men hugged, I saw but three, the Past, the Present and the Future Hope of humanity.

In the gospel according to Matthew, we have the Lord Jesus' great commission captured in chapter 28:18-20. It is in these verses we see the command to "Go". That one word says a lot about our heart's posture when it comes to obeying Jesus' command. This week we are looking at the early church and just how "Go" was carried out in the lives of early believers.

Who do you say He is? The moment of truth comes to all of us. Follow Jesus' triumphal entry to Jerusalem and witness the various responses to how he was received. Search your heart and find yourself in the record of this historical event as we explore this week's GROW Group Questions.

It is interesting how much the blind man saw and understood even in his impairment. Seemingly beyond those who were walking with Jesus that day in Luke 18, this blind man comprehended on a deeper level who it was that was passing by. Such a story beckons us to consider whether we have eyes to see Jesus the way he did. Join a small group this week and work out that question and others in this weeks GROW Group questions

The shock of Jesus' statements in Luke 17:1-19 are meant to create deep introspection. Don't let the weight of his words miss the mark of your heart this week. Join in a small group discussion and wrestle through these truths with one another.

How To Take Attendance

One key aspect to why we take attendance is our concern for people losing connection with the body of Christ. We also find it necessary when coordinating with small group leaders as families request support from BAM, or need counseling support, etc. Weekly attendance really does matter in the care of Bethel people.

The perpetual battle between need and greed has impacted us all. Jesus' parable of the Rich Man and Lazarus, beckons us to examine not only the pressing needs of those around us but also the eternal ramifications of our decisions. This week, enter into rich conversations that spring from this story as you discuss the following questions with your small group