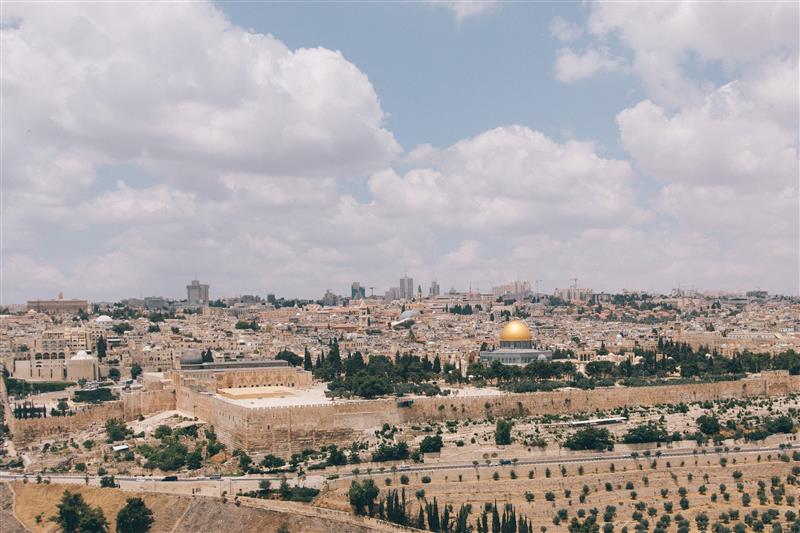 ACTIVITY
Where in the World?
In the Zoom meeting, everyone’s screen shows the group in a different configuration, so this can lend to an interesting game! The leader says, “Where in the world is (Tom)?” Each member will use their hands in view of their camera and point up, down, left, right, diagonally, or in the general direction that the person named is located on their screen. Then (Tom) would say, “Where in the world is (Sue)?” Everyone would again point to where (Sue) is located on their screen.
Ask a missions-related question that each person must answer when their name is called out. Suggestions:
1. Have you ever been on a mission trip? If yes, where?
2. If you could go anywhere on a mission trip, where would you go?
3. How many suitcases do you think you would need for a 10-day mission trip?
4. Do you have a current passport?
Pass the Word
This game begins with the leader holding an imaginary ball with his hands. Everyone should be able to see the leader’s hands shaped around an imaginary ball from their screen. The leader will say the word “mission” and then shout another person’s name in the group. The leader pretends to toss the ball to the person he named. Then, the person named pretends to catch the imaginary ball and says the first word that came to their mind from the word “mission”. After this, the ball is tossed while shouting another person’s name. That person will say the first word that comes to their mind from the new word that was given. Participants should view the imaginary ball as a hot potato and pass it on as quickly as possible. The game continues until all participants have had a turn to say the first word that comes to their mind and pass the ball on. The leader decides when to end the game.
DISCUSSION
1. Read Luke 19:28 and Matthew 16:21. Why was Jesus going to Jerusalem?

(Intent: In Matthew, Mark, and Luke, Jesus clearly states His ultimate mission: to completely fulfill His Father’s will and make the way of salvation possible for all people everywhere. See also these parallel or similar passages to Mt. 16:21:  Mt. 17:22-23, Mk. 9:31, and Lk. 9:44.)

(Intent: This was to fulfill prophecy, demonstrating Christ’s humility yet indicating His Kingship. When a royal or sacred person rode on such an animal, its owners did not normally put it to customary use from then on. For more click HERE for an expounded commentary)

3. In Luke 19:29-31 Jesus assigns His disciples a very specific task. Why do you think He did this? What was the disciples’ role in the overall scene?

(Intent: The task was to follow a specific set of instructions that led to bringing Him a colt. A possible answer might be that He was inviting them to make a choice to participate in His mission and to fulfill prophecy. Some thoughts on the disciples’ role could be to participate in fulfilling a Messianic prophecy that included leading the people in proclaiming Jesus as the Christ, shouting “Hosanna!” See Ps. 118:22-26; in v. 25 “save us” is the Hebrew equivalent of the Greek Hosanna.)

4. Read Luke 19:37-40 and Psalm 118:22-26. Earlier in Christ's ministry, He often told the disciples not to openly proclaim Him as the Messiah. Why did Jesus now encourage that proclamation?

5. Referring to the scene in Luke 19:35-40, but specifically verses 38-39, we see a sharp contrast between two groups of people: those who rejoice in Jesus and those who are offended by him. What is the cause of this tension both then and today?

(Intent: The presence of Jesus brings division. There are those who receive Him gladly as He is and those who reject Him outright because He threatens their lifestyle, position, or control. There are also those who accept Him as they expect or want Him to be. At the time of the triumphal entry, this could describe people who saw Jesus as a king who would overthrow their Roman oppressors. Today this might include people who see Jesus as a wise teacher but not as God to be fully obeyed. There are also many who turn away when there are hard times, broken relationships, and unmet expectations. See Mt. 13:15, 20-21.)

6. Describe a time when you encountered resistance to your affirmation of Christ or Christianity. How did you respond?

(Intent: For example, this could be resistance to any expression of faith in God, mention of prayer, or a reference to the Bible.)

(Intent: Hardness of heart as a result of persistent rejection of Christ leads to darkness and the ultimate inability to recognize truth. In this story, Jerusalem forfeited peace and in AD 70 faced destruction by the Romans, as Jesus predicted here.)

APPLICATION
The disciples responded in complete obedience to the Lord’s command in Luke 19:29-31, which led to the crowd declaring Jesus to be the Messiah and fulfilling prophecy. What are some specific things you can do to glorify Christ?
PRAYER
Our mission as disciples is to reconcile the world to God in the name and power of Jesus Christ (2 Cor. 5:17-21).  Ask the Lord to align your heart more perfectly with His. Ask Him to show you where you need reformation in your own heart. Ask Jesus to lay out your mission field before you. It often starts with those closest to you.

Are megachurches biblical? Are they wrong? Should we strive for smaller gatherings? This article explores some of the advantages and disadvantages of large churches and small churches, especially as they relate to the commands of Christ.

Sometimes when your computer gets sluggish the best thing you can do is just restart it. Life can get that way as well. Wouldn't you like to have a reset button to push sometimes. Well, that is exactly what we are talking about this week. Explore with Pastor Jason and your small group the implications of such a notion in this week's small group questions.

Questions based on our reading plan through Psalms will be posted a week at a time. These questions are meant to create connection and conversation. Feel free to use these in text streams, small group time, social media platforms or wherever.

Questions based on our reading plan through Psalms will be posted a week at a time. These questions are meant to create connection and conversation. Feel free to use these in text streams, small group time, social media platforms or wherever.

Questions based on our reading plan through Psalms, will be posted a week at a time. These questions are meant to create connection and conversation. Feel free to use these in text streams, small group time, social media platforms or wherever.

Questions, based on our reading plan through the Psalms, will be posted a week at a time. These questions are meant to create connection and conversation. Feel free to use these in text streams, small group time, social media platforms or wherever.