Where Was Jesus Before the Incarnation? 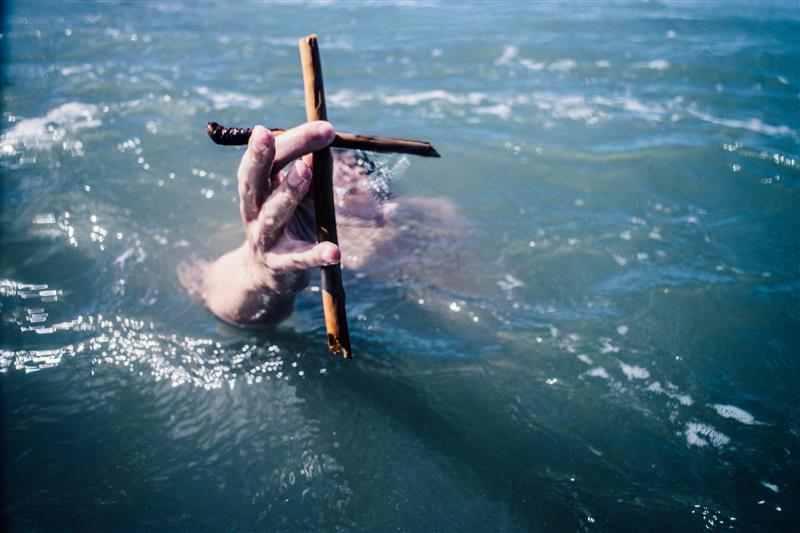 With Easter only a few weeks away, you’re going to hear a lot about how He lived as a man on Earth - from his birth in Bethlehem, to his upbringing as a carpenter, to the miracles he worked during his ministry, and his death and resurrection on the cross.
But where was Jesus before the incarnation?

The Apostle John began the Gospel with a remarkable revelation, “In the beginning was the Word and the Word was with God, and the Word was God.” (John 1.1)0Fi He reinforced this with, “That which was from the beginning…” (1 John 1.1), which corresponds with the Genesis account that begins with, “In the beginning, God created the heavens and the earth.” Finally, Paul declares this about Jesus, “For by him all things were created, in heaven and on earth, visible and invisible, whether thrones or dominions or rulers or authorities—all things were created through him and for him. And he is before all things, and in him all things hold together.” (Col 1.16f)
The biblical evidence supports the pre-existence of Christ and His eternal nature as the second person of the Triune God. The aim of this work seeks to provide the framework for a theological construct of Christ as endless and eternal by presenting evidence of His precreation existence as the Logos, His pre-incarnational presence in the Old Testament, and finally preexistent expressions within Johannine and Pauline literature through a lens of both creation and the Trinity.
The resulting framework provides a theology concerning the pre-existence and preincarnational Christ as revealed in scripture. The importance of this research supports the primacy of Christ’s redemptive work as the metanarrative of God’s revelation preceding creation itself. Belief in a preexistent Christ is foundational to Christian doctrine as it validates other doctrines significant to every believer, such as the doctrine of salvation. Both Old and New Testaments disclose the unique deity of Christ as he works in creation and covenant to fulfill His purposes throughout all eternity, past, present, and future. Finally, as a major pillar of Christology, affirmation of the pre-existence belief in Christ reinforces the Christian understanding of the incarnation, resurrection, and atonement—all essential for the claims of Christianity.

Precreation Existence as the Logos

The evidence of Christ as pre-existent is a cornerstone doctrine as it relates to Christology. Removing this theological framework of Christ as endless and eternal and you have unraveled Christianity as revealed in the Bible and as understood throughout church history. The early church councils debated the person and nature of Christ to affirm His deity. Early doctrinal formation, expressed in the creeds of the councils, made explicit agreement to His precreation existence as it is systematically tied to the doctrine of the Trinity. Across the ages of church history, theologians have confirmed by presenting reasonable scriptural evidence of His precreation existence as the Logos. The author of Hebrews presents, “He is without father or mother or genealogy, having neither beginning of days nor end of life.” (Heb. 7.3)
Jesus’ pre-incarnational presence in the Old Testament continues to be debated and remains an exegetical exercise for theologians to wrestle with ambiguous language that may be too unclear for bold proclamations. Unintended inferences may appear if readers approach the Old Testament with the knowledge of New Testament revelation without an appropriate hermeneutic. While there is no threat in seeing Christ’s presence, not identity, revealed in the Hebrew writings, it is an unnecessary theological position to maintain the unity of the canon and God’s salvific plan as it finds its fulfillment in time.
Finally, the New Testament supports pre-existent expressions within both Johannine and Pauline literature through a lens of both creation and the Trinity. Paul, in no uncertain terms, discloses the truth of Jesus’ nature and person of the Godhead when writing “For in him [Christ] the whole fullness of deity dwells bodily.” (Col 2.9) The New Testament consistently reveals a preexistent Christ in unity with the Father and Spirit, as Paul shares, “yet for us there is one God, the Father, from whom are all things and for whom we exist, and one Lord, Jesus Christ, through whom are all things and through whom we exist.” (1 Cor 8.6). The revelation of God’s Word unveils the unique deity of Christ as He works in creation and covenant to fulfill His purposes throughout all eternity, past, present, and future.
-----
The preceding is an excerpt taken from "The Prexistence and Preincarnational Christ", James Armstrong. Download the full e-book.

Several Bethel families got together to discuss how they have been denied the dignity of the image of God through the actions of others.

Veterans Day is November 11th! Do you know the history of Veterans Day? Looking for ways to honor those in our community who have served? Here are four ways you can support our Vets this year.

Have questions about the One % Life and the small group curriculum? We have answers!

Christmas Eve is going to look a little different this year, but there's one thing you can do that's still the same - celebrate together with your church family!

Mission 2:5 - Regift the Good News to People You Know

Will you become a gift box this season? We want to challenge you to pray about 2 people in your life that you might do 5 tasks with ...

Kids Express Preschool will start In-Person Learning on January 11, 2020. Teachers and Assistant Teachers are needed to continue this ministry to families in our community ...