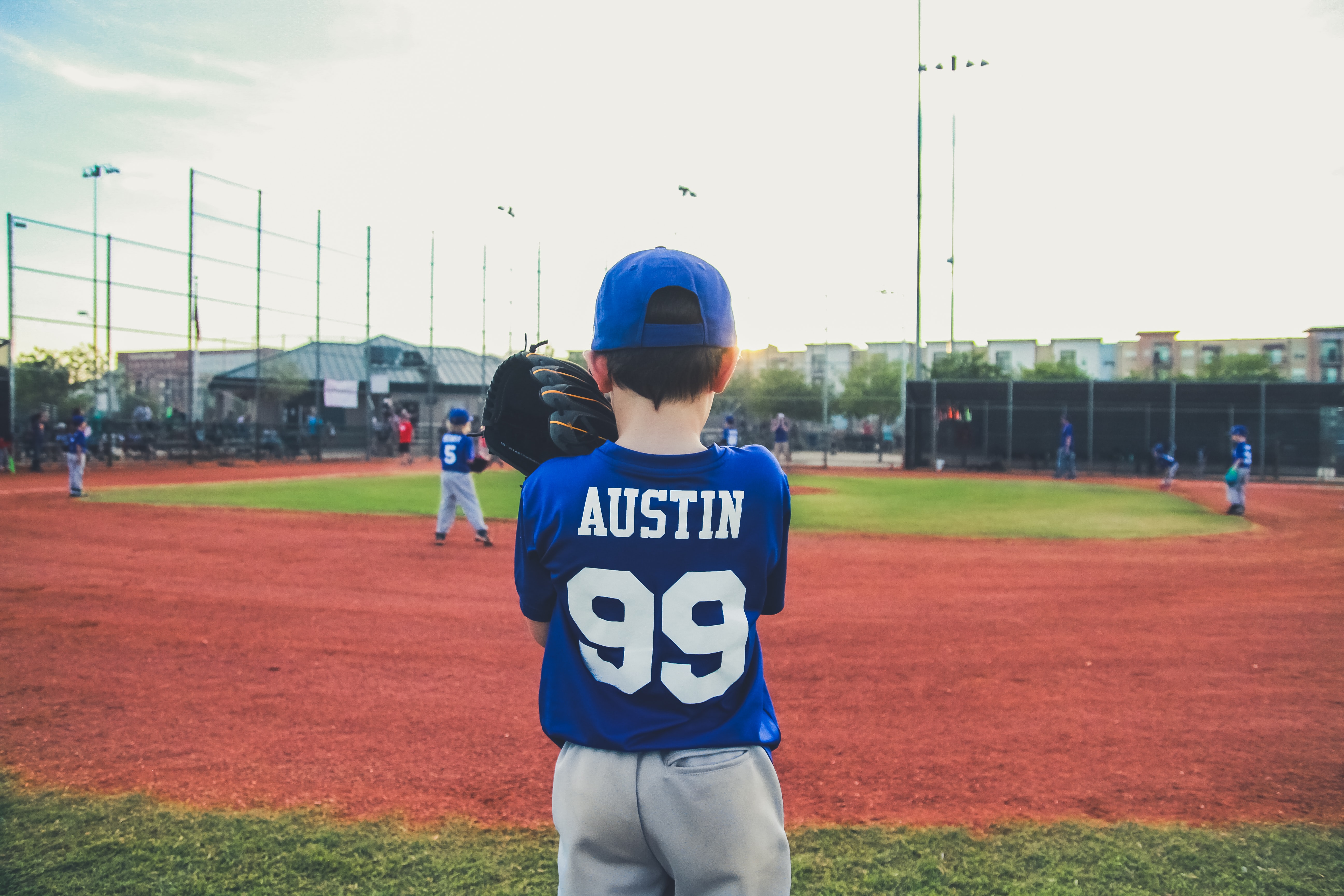 Written by Gabe Lyons
Nathan nervously took up his position at second base. At nine years old, he was playing his first Little League game, but on this occasion, his coach had asked him to switch from the outfield to the infield because the regular player was sick. Nathan's father, Jordan, watched apprehensively, feeling his son's jitters. The first batter reached on a single to left. Nathan massaged his glove, shuffled his feet, and tried to swallow that lump in his throat. “Strike one!” yelled the umpire. The pitcher reared back again and delivered a ball that was smacked hard to Nathan. Gotta make this play. The ball hit his glove and he felt relief as he gripped it and then flipped it to first for the out.
The coach jumped up and down and yelled out, “Nathan, that was a perfect double-play. What were you thinking? That was stupid.” Nathan cringed and hung his head, that last word reverberating in his head. As soon as the inning ended Nathan's dad left the stands and walked to the dugout. He listened patiently as the coach continued to admonish Nathan and then watched his son slink to the far side of the dugout with his glove dangling from his small fingers.
“Coach,” Jordan said in a measured tone, “could I talk to you for a moment?”
“Sure, Mr. Wilson,” said the coach as he ambled over to the fence, “what's up?”
“My son is not stupid. He's playing a position he's never played before and his instincts aren't automatic.” His eyes bored into the coach's face. “Use this as a teaching moment, and please don't use language that belittles or shames him. Remember these are just kids.” He waited for one more beat, caught his son's eyes with a reassuring look, and then turned on his heels.
As adults, we get caught up in the heat of the moment, allowing our tongues to cut and wound others while also announcing our own frailties to the world. To our children and grandchildren, it is even more demoralizing because we are authoritarian figures and they look to us for guidance and affirmation, as well as correction and knowledge. There is not one of us who has ascended to our own pinnacle in life without the instruction and wisdom of someone, be it a parent, teacher, or mentor.
Does Jesus call anyone “stupid”? There are a couple of instances where He uses that particular word or a synonym. In Matthew 15:16 He addresses His disciples and He asks them if they are “ignorant. . . without understanding.” In Jeremiah 4:22 He calls out the people of Israel saying, “My people are foolish and they do not know me. . . They are stupid children who have no understanding.” I believe that Jesus is drawing a comparison here, likening foolish or stupid people to 'children who have no understanding', that is, children who lack knowledge or experience in their assigned tasks as they have not been shown or taught how to accomplish them.
I am not innocent in these matters. Just last week I was with my nine-year-old grandson, and in the course of our interaction, I said something to him that caused him to cry. When I asked him what the problem was, he responded, “You hurt me, Papa. I don't like it when you talk to me like that.” My heart sunk. His outward boyish bravado and energy cloaked a heart that was tender and young, and I had pierced it with my wayward tongue.
Proverbs 15:2 states, "The tongue of the wise commends knowledge, but the mouths of fools pour out folly." It is just one statement out of hundreds that reminds us that we are stewards of our young sons and daughters, and we should strive diligently to be cognizant of their understanding of the world they inhabit. It's hard to refrain from letting our biases and recognition of circumstances cause an instant response. Yet we absolutely need to pause and remember their youth and fragility, and in so doing move from our automatic response to one that gently chides, but also encourages, teaches, allows for errors, and comes from a heart of love.
So as we move forward in this world with its 'new normalcy', let's try to remember that we have an immense responsibility to show grace, as we are shown. Let's nurture and create a place for our children and grandchildren where they may always feel safe as they learn and grow, unafraid to try and fail, knowing we are there to encourage and love them.

God is the Great Gift Giver

God expects us to be good stewards, hone our skills, and ditch the appendices when we feel confident.

Has Technology Taken Over Your Home?

Not only are we in a digital age but with a pandemic to thank, we have been thrust into digital learning.

What is so special about Special Needs?

If everyone had the opportunity to serve our children with special needs, even once, this world would be a much better place.

The Nursery is Open!

Say what? After more than a year, the nursery is opening back up!

How to Grow and Change as Your Family Does

How can I grow and change with my family as the kids grow up and out without losing my value as a parental leader?

4 Ways to Develop Creativity in Your Kids

“Without imagination, science and mathematical equations would never have existed because it helps describe an augmented world which is necessary to understand nature and its mysteries.”