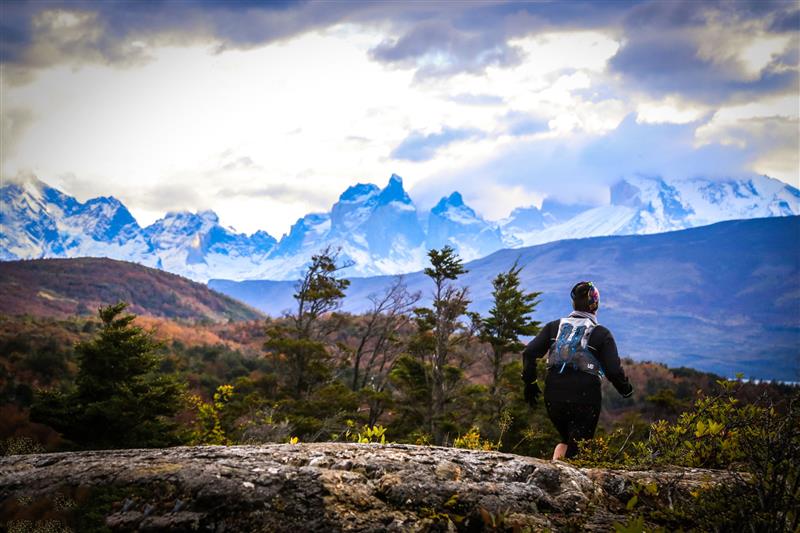 ADVENTURE RACE
It was a crisp fall morning; light was just beginning to pierce through the trees. A mist still hovered over the ground, masking most of the lake. I and my race partner Stephanie were clad in our top-of-the-line racing gear, reviewing newly acquired tactics for this 15-hour adventure race.
Stephanie and I had just taken 2nd place in an urban adventure race a few weeks prior and we were hungry to follow that with a 1st place here. The director knew that we were focused athletes and he also knew we were new to this form of racing. We had not yet reached competency in certain skills paramount to the venture we were embarking on. Thus, Stephanie and I were given an audience with that year’s race director. The meeting lasted an hour. A mix of encouragement and caution were handed down. Our lack of orienteering experience clearly showed itself to be the director’s chief concern.
“Pre-race debrief in 5 minutes!” Like a discordant alarm, the announcement snapped me out of a semi-meditative state. I was in the zone. Racers stopped their stretching and finished their warm-up routines. We made our way over to the starting line where a race official had taken position. Rules were expounded on, GPS units were affixed to our ankles, and race packets handed out. “Three, two, one, BAAAAM!” The race was now underway. Stephanie and I sat down and began plotting out vectors, detailed with bearings and distances. We had noticed most of the other teams wasted no time in plotting out vectors and just headed out. At the time, that was not too much concern for us; we would catch them… at least that’s what we thought.
Off we went, map in hand, counting paces and marking time through the woods. “Where is it?!?” Each checkpoint seemed to evade us despite our meticulous markings and adherence to what little training we had. Every time we encountered a problem we would reassess, identify our mistake, course correct and bound off in a sprint. Five hours in, a race official in an off-road vehicle tracked us down and let us know we were not only way off track but also in dead last. He went on to tell us that the race committee had dispatched him to find us for fear our trajectory would continue to digress, leading to more precarious circumstances. Due to the intervention of the race official we were officially disqualified from the race. We were devastated but there was no denying it; we had no idea what we were doing.
Sometimes it’s not enough to have a map, a compass and the passion to run. You need to know how to accurately interpret that map and properly utilize that compass. Your passions, while good, may only serve to take you on the wrong pathway that much faster. Life is frustrating enough as it is; when it is riddled with constant course correction and confusion it just becomes that much more frustrating.
Being a Christian is no different. The Bible, like a map, is a vital tool in the race of life. But make no mistake, knowing how to properly utilize this tool is as equally important. Fortunately, there are those who have forged pathways ahead of you and are adept at reading and interpreting this map, the Word of God. These men and women are not only proficient in the skills needed to be successful, but willing to walk with you, teaching you how to enjoy the victories God desires for you.
Why does Bethel need a pathway? Well, think of it as a series of orienteering courses designed make the journey of being a child of God that much more enjoyable and the victories more replete. Who wants to go through the frustration of wondering five hours off course, constantly dealing with needless setbacks that chip away at one’s resolve? Why not rather gain the kind of skills meant to ensure your success over the long adventure God has in store for you. We want to see you thriving as you navigate the mountains and valleys ahead. It is also our hope that you will then in turn serve as someone else’s guide in their journey.
Thus says the LORD:
“Stand by the roads, and look,
and ask for the ancient paths,
where the good way is; and walk in it,
and find rest for your souls.
• What was your experience in coming to Christ, did you have someone who walked alongside you?

o If you had someone, how did that help you get off on the right foot?

o If you did not, what were some of the frustrations you encountered?

• Have you served as someone else’s guide? What pathway did you use and how helpful was it?

o If you have not served as someone else’s guide, what is holding you back?

• Write out a prayer thanking God for those who have come alongside you as a Christian and ask Him to open up opportunities for you to be a guide for others. Also, pray that God establish a clear and relevant pathway among us, here at Bethel, so that we can better serve in making disciples and in making disciple-makers.